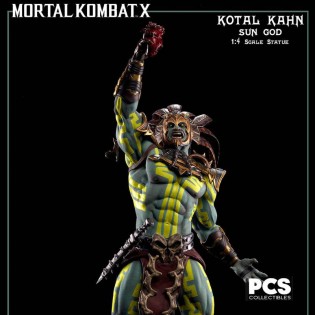 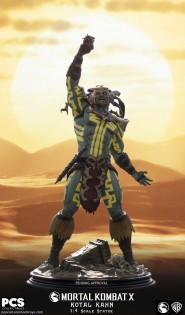 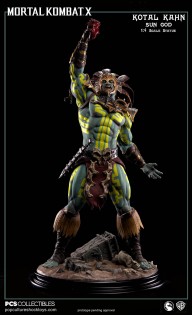 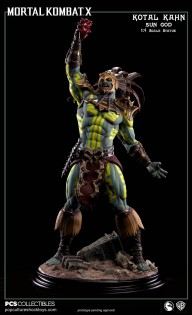 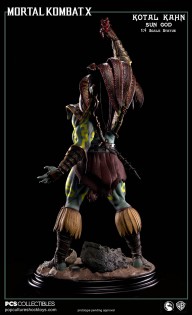 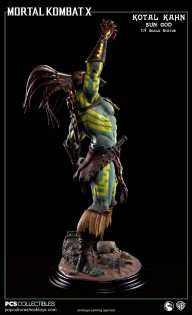 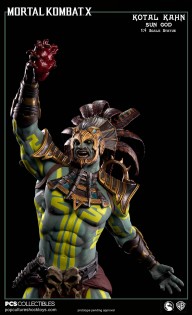 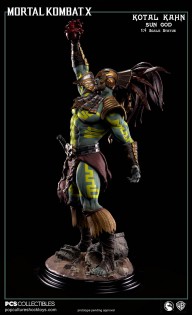 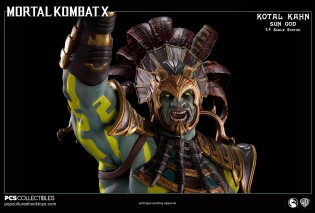 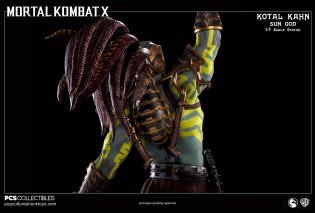 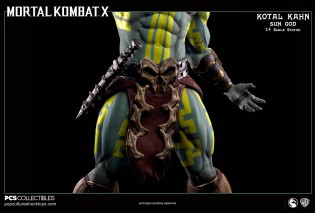 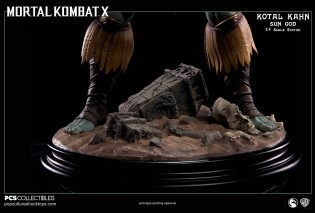 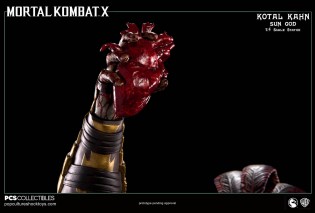 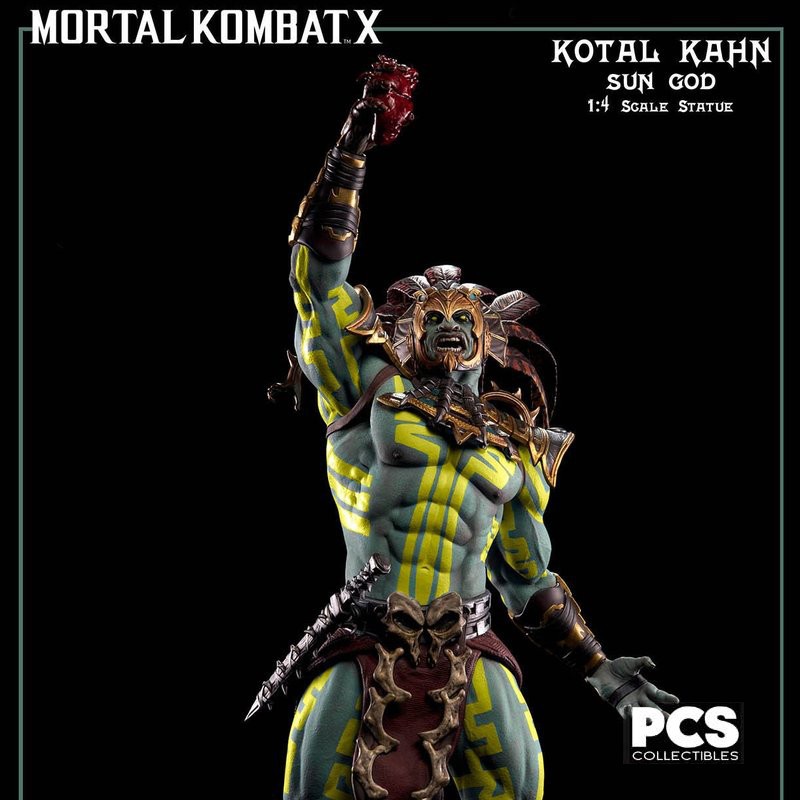 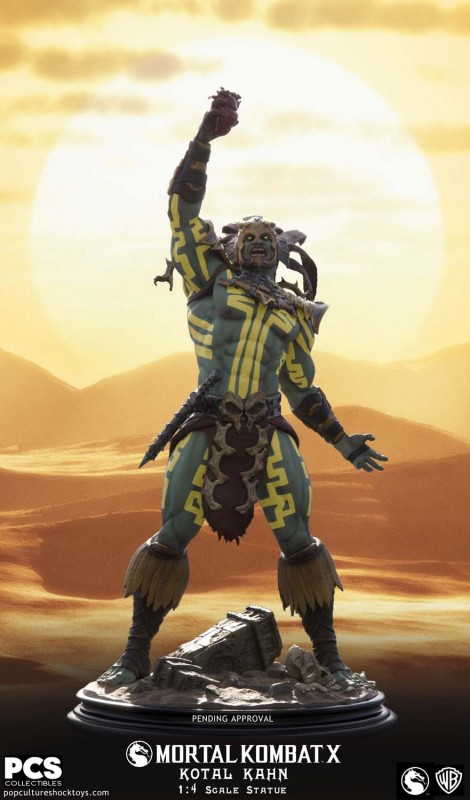 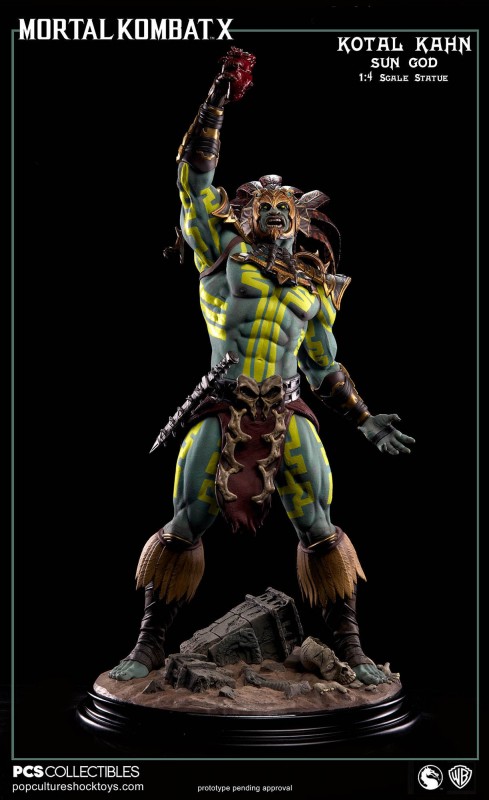 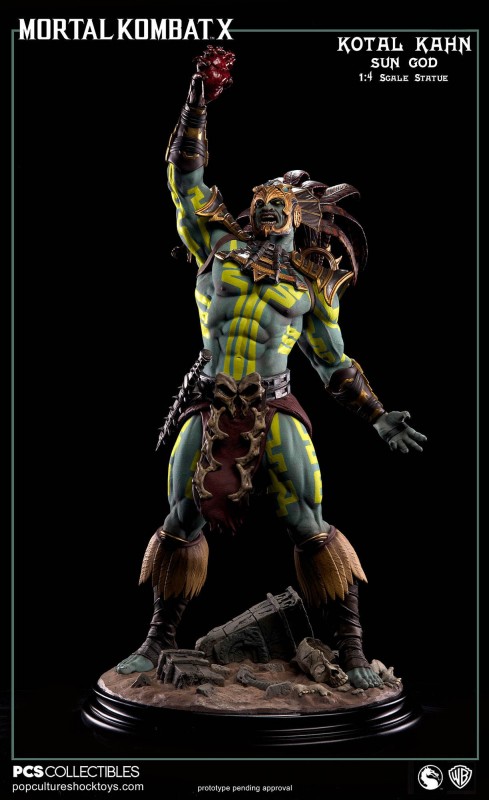 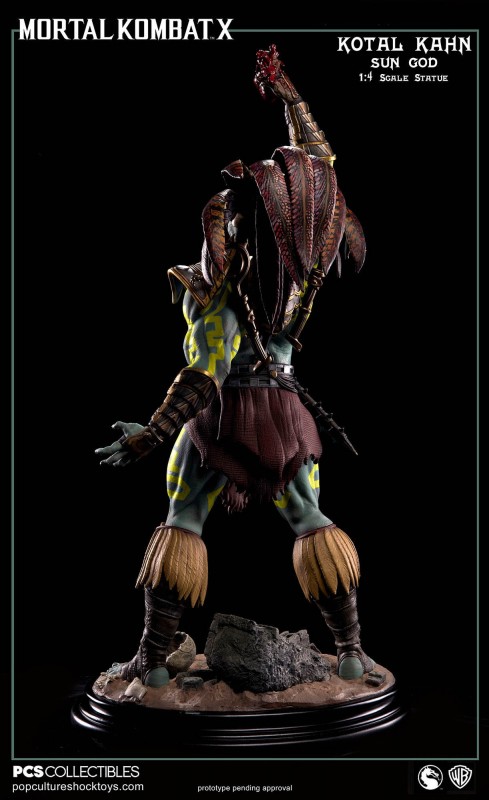 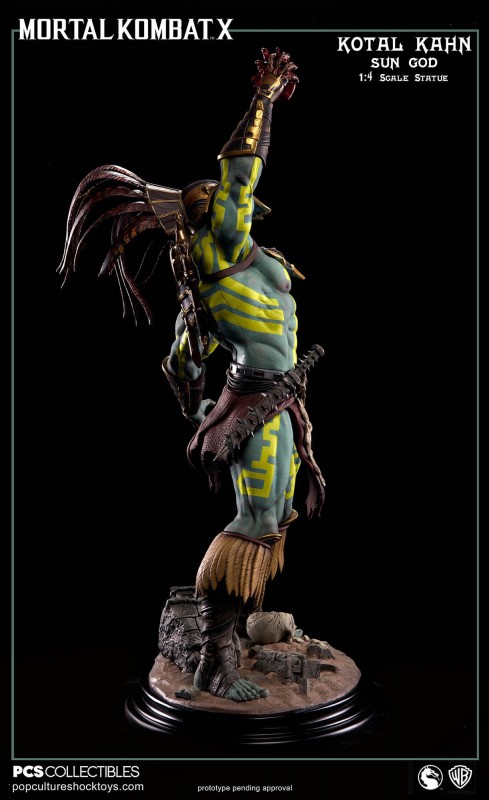 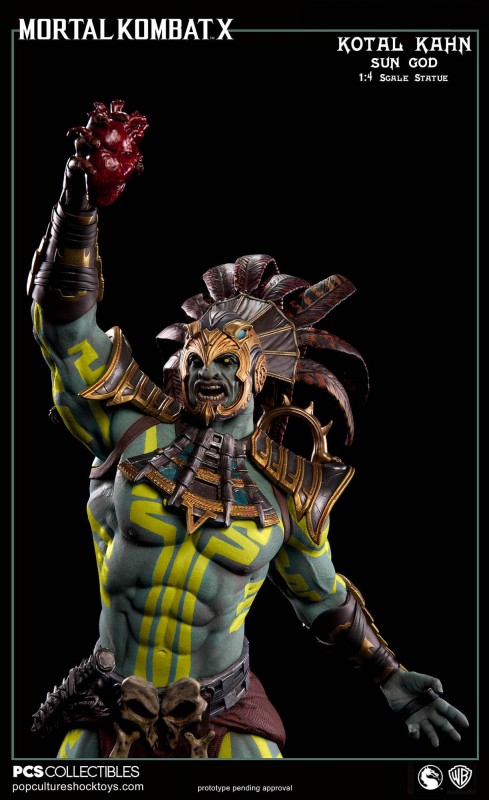 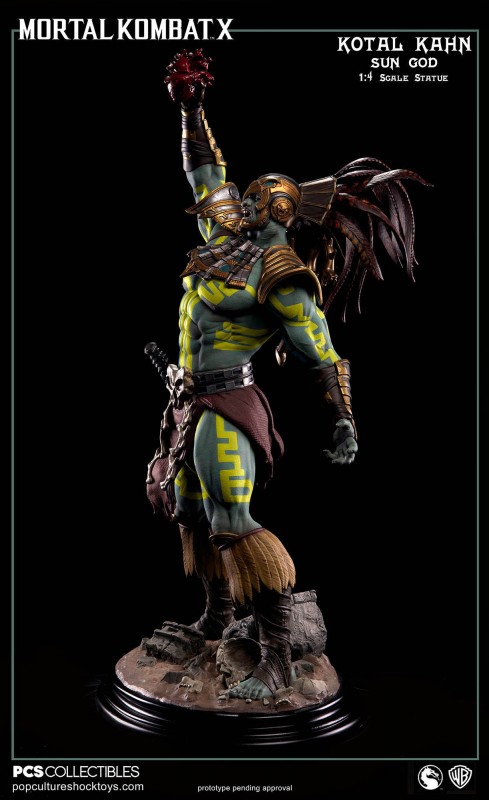 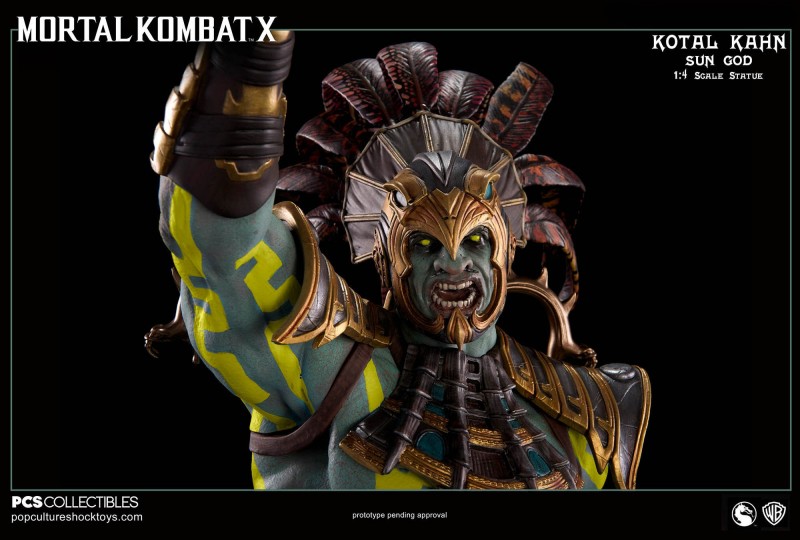 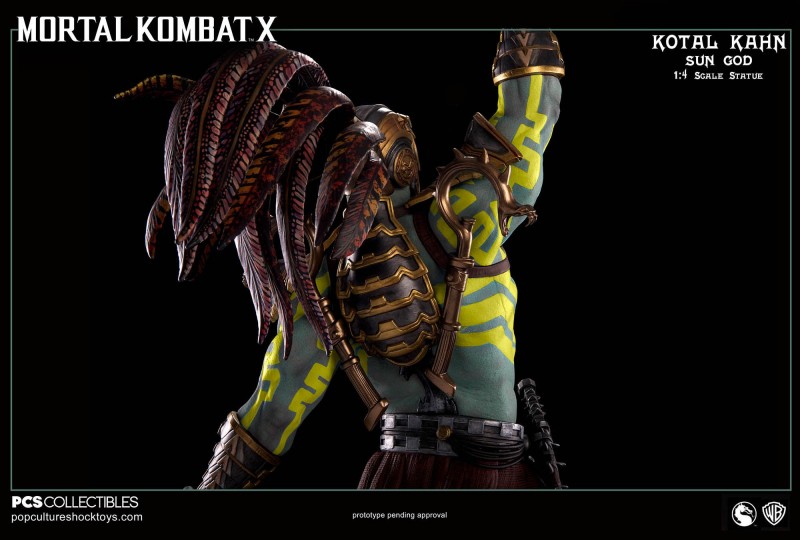 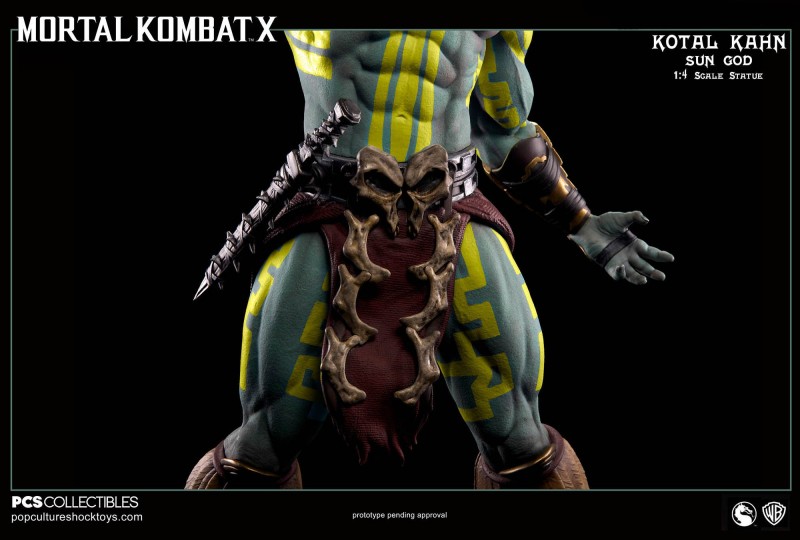 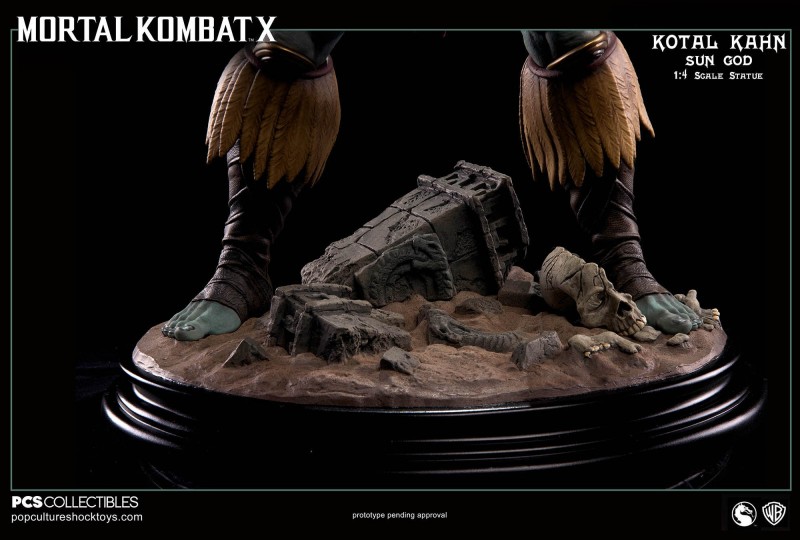 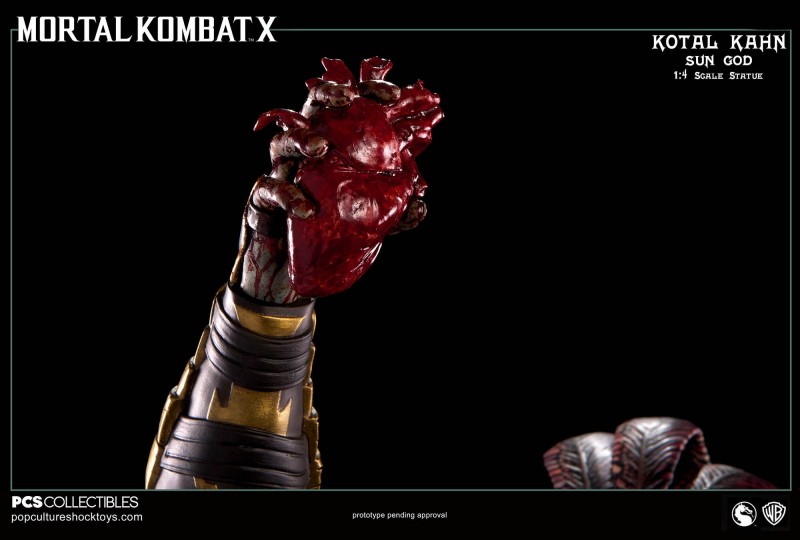 Kotal Kahn is a warrior from the realm of Osh-Tekk and the current Emperor of Outworld, following the death of the former leader, Shao Kahn. Kotal Kahn's appearance resembles an Aztec eagle warrior, the elite soldiers from the Aztec empire. Kotal's headdress resembles the headwear used by Huitzilopochtli, the Aztec God of War and the Sun. His attire consists of gold, metal armlets on both of his arms, along with a belt that holds his Tecpatl with a leather cloth hanging from the belt. There also seem to be remnants of bones disseminated on the cloth. Kotal Kahn's torso has several tattoos which glow in varying colors depending on his combat variation, his design may also have been inspired by the Aztec emperor, Moctezuma.