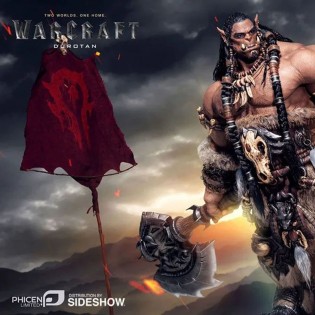 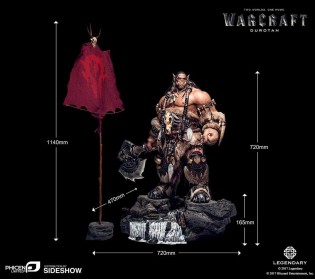 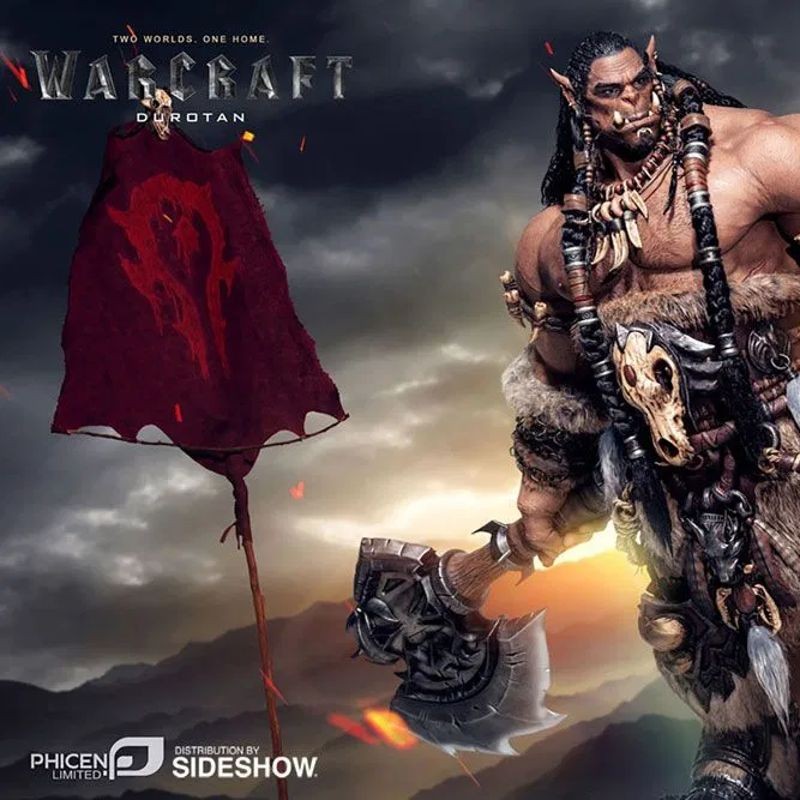 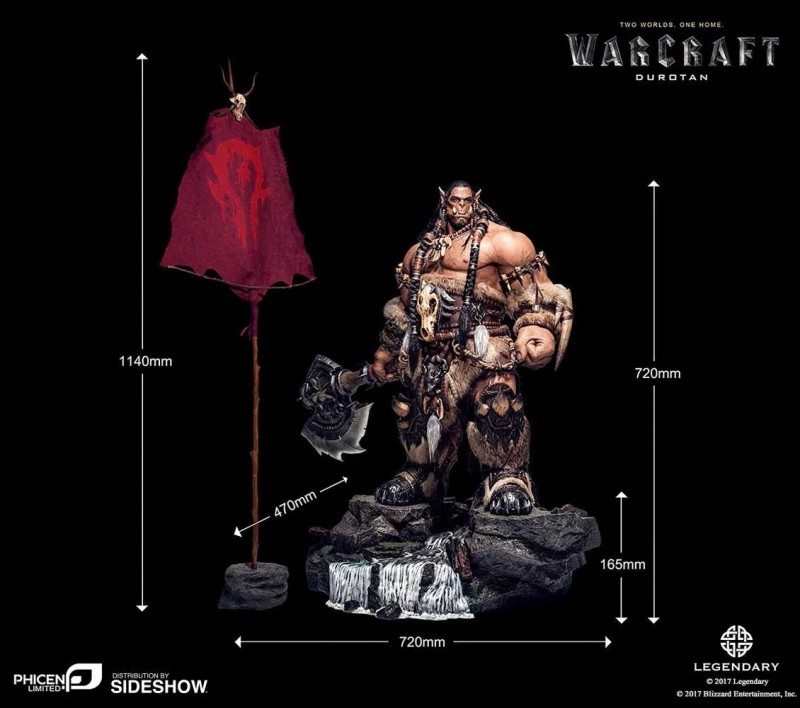 Chieftain of the Frostwolves, Durotan is the voice of reason and herald of compassion in a world where war and brutality reign. His hulking and crude appearance was only a façade as his warm and sensitive heart fueled him
to care and fight for the world and those living in it.

Dying a heroic death in the pursuit of saving his people from the dark influence of Gul’dan and his fel magic,
Durotan was killed by the hands of the warlock’s magic.

Warcraft Film Universe – Big-Budget Premium Statue Series was launched last year in which Phicen wanted to bring to the collector’s world Warcraft Premium Statues.
This endeavor was made possible with substantial input by many supporting staff and the great joint effort of our core team of senior sculptors.

With the debut of this Durotan Statue, you will marvel at the realistic skin texture and highly detailed accessories and diorama. Because of our great appreciation and adoration for the Warcraft universe, we
spent a great amount of time looking for and experimenting with different materials and techniques that
were most suitable to help us reproduce and capture the accuracy and exquisite details in the film.

Phicen Ltd. is proud to bring this premium quality product to our fans and collectors. We are confident you will be pleased…