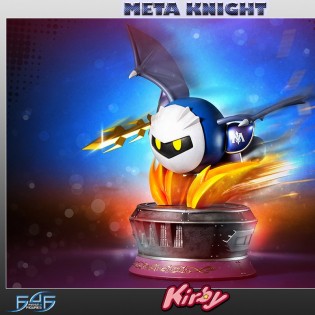 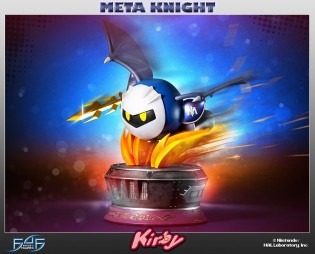 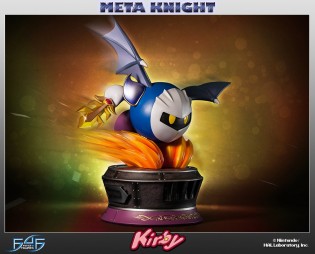 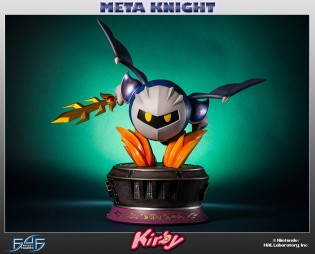 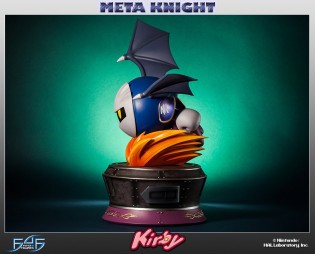 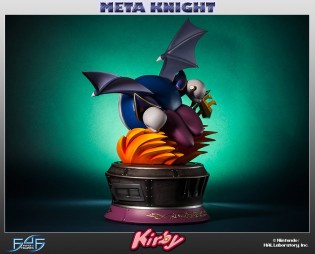 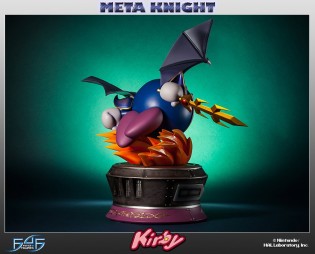 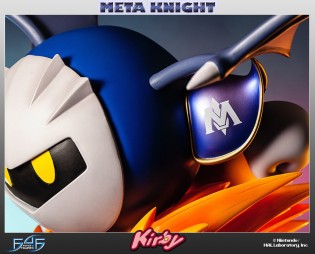 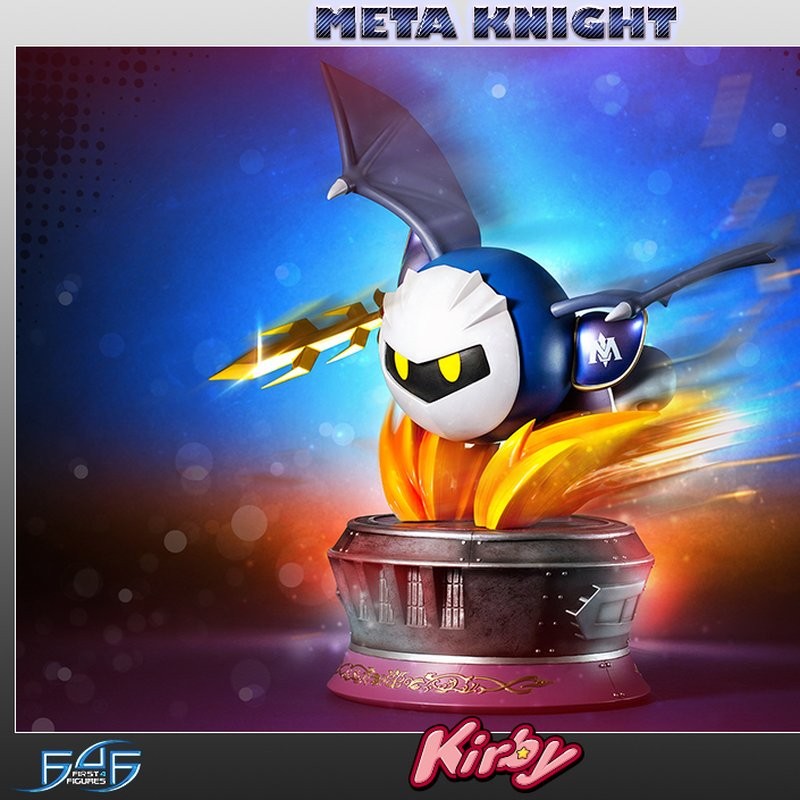 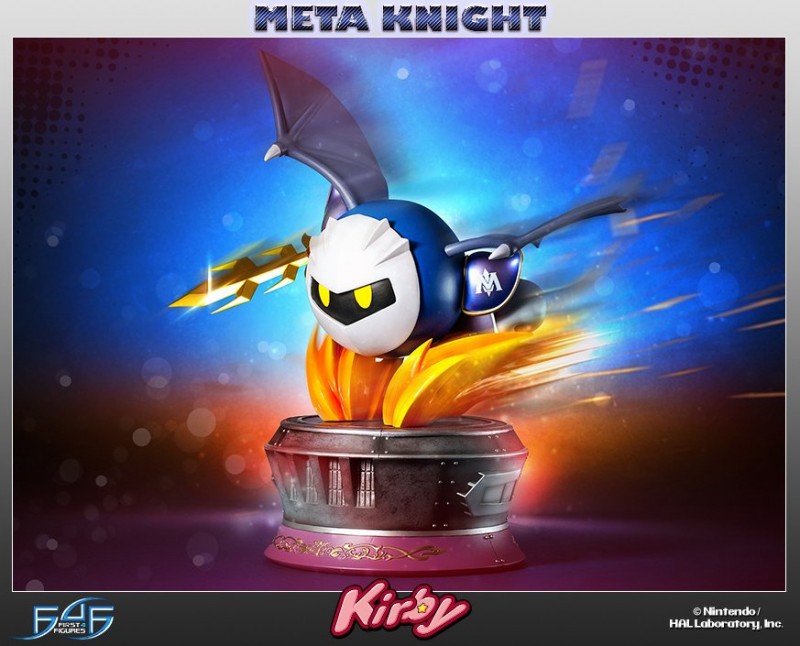 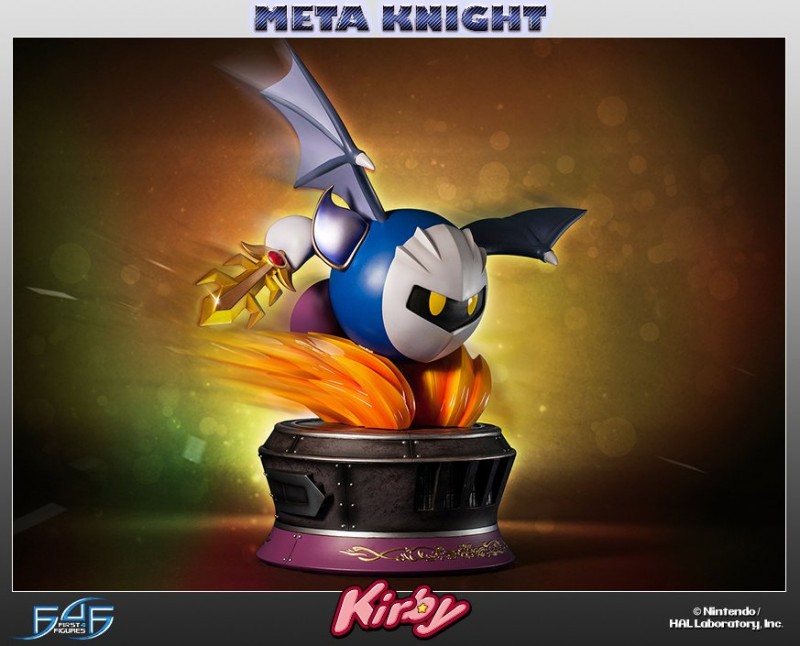 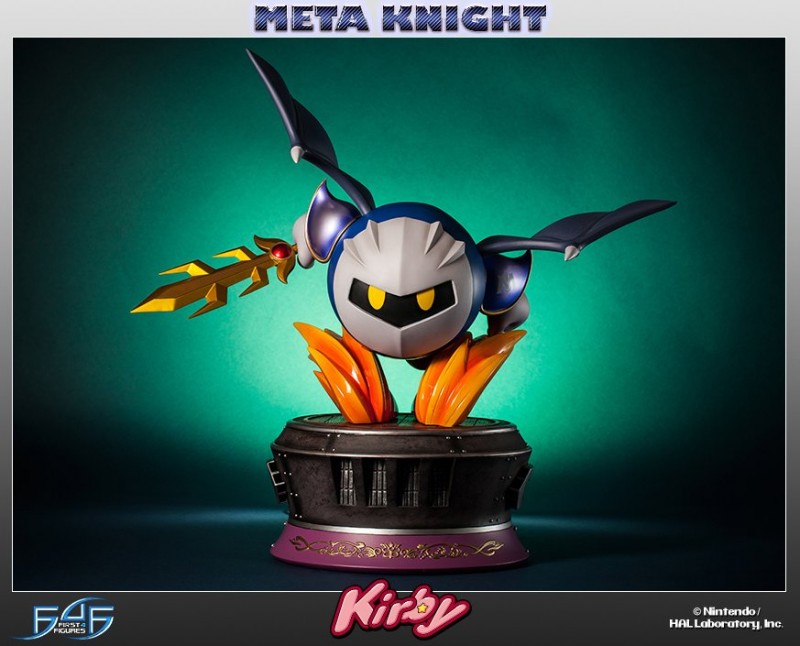 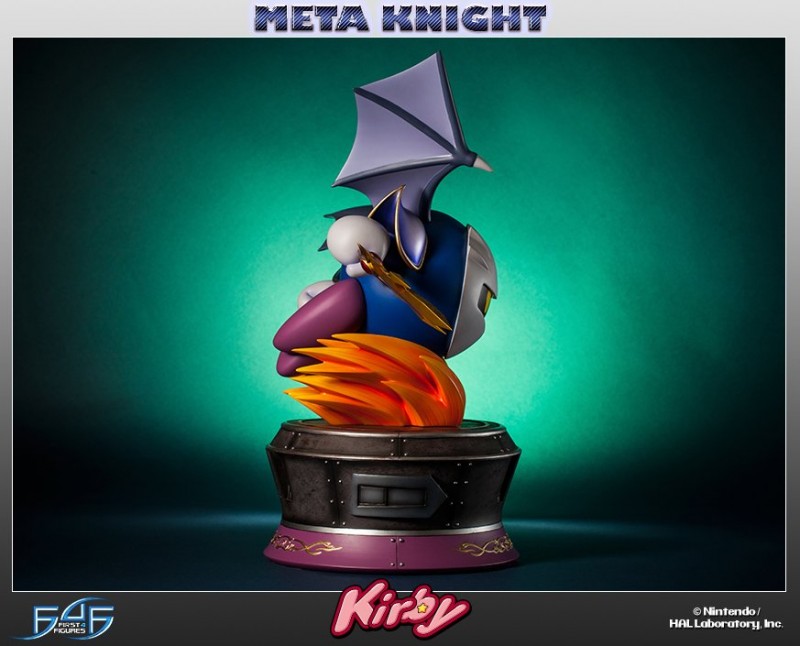 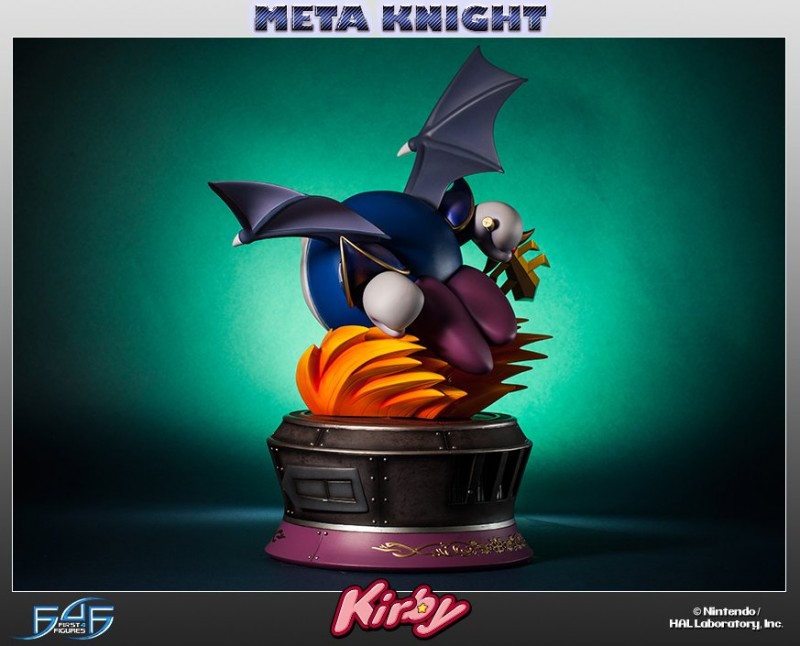 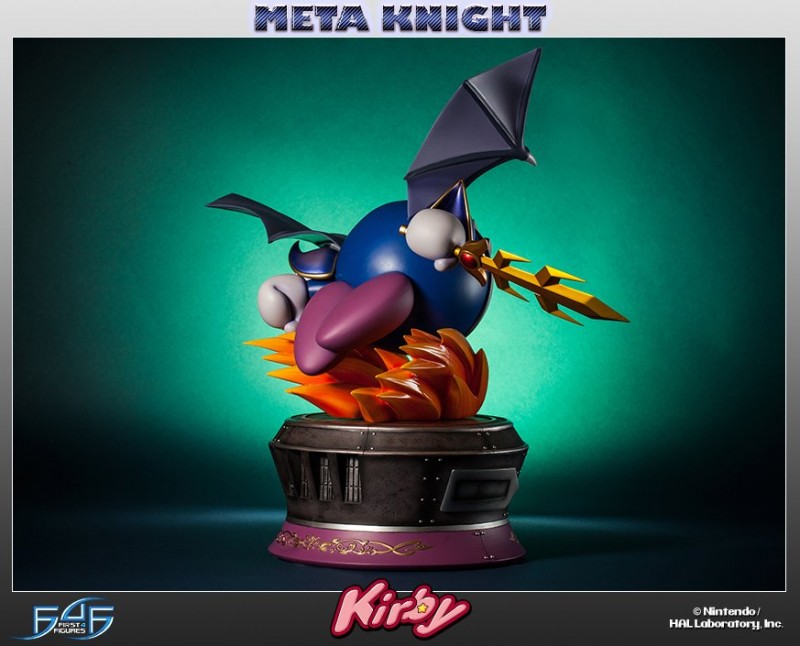 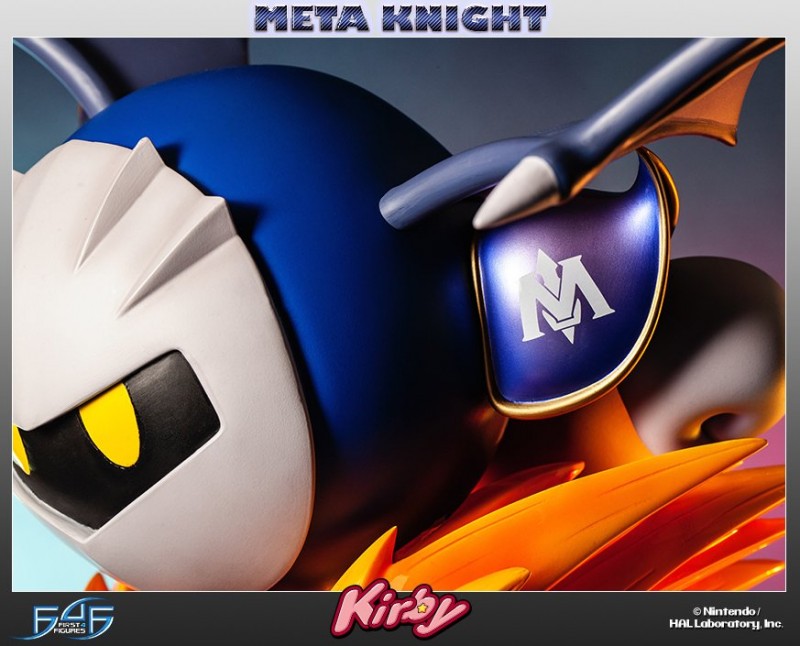 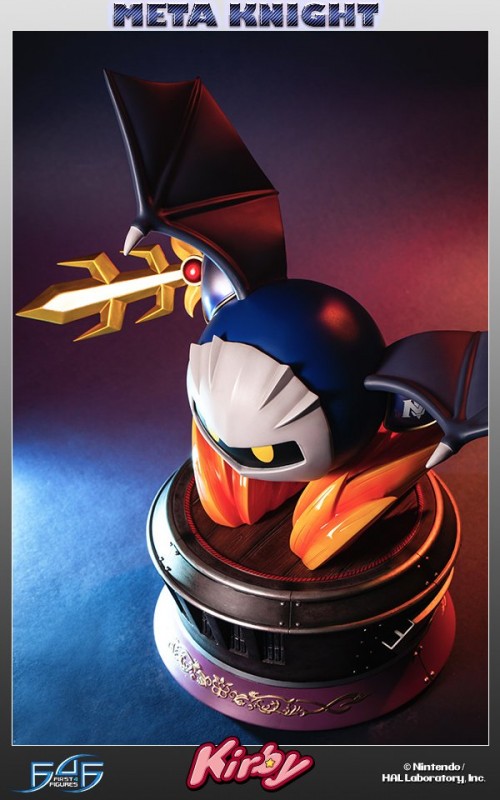 On the planet Popstar lives the masked and mysterious captain of the Battleship Halberd: Meta Knight. Being the commander of his own army, Meta Knight is a formidable adversary for any opponent with his reality bending Dimensional Cape, and a solid gold blade called Galaxia: A sword with a wealth of different offensive capabilities. Having fought both against as well as alongside Kirby throughout the years, it is unknown where Meta Knight’s allegiance lies, leaving his true intentions a mystery…

First 4 Figures is proud to showcase Kirby’s enigmatic masked rival: Meta Knight! Meta Knight is seen swooping through the air over the decks of the Battleship Halberd, leaving a trail of flame in his wake. As he flies, he prepares to swing Galaxia into any intruder who may dare to trespass aboard his ship.

The entire statue has been cast in high quality polystone resin to ensure every detail is captured as it should be. The statue is also painted by hand to allow for fine detail to be added to the base and to Meta Knight himself. Overall, the statue measures 16 inches tall to the top of Meta Knight’s wings.

Comes in deluxe full-color packaging with moulded foam interiors, and an authenticity card.