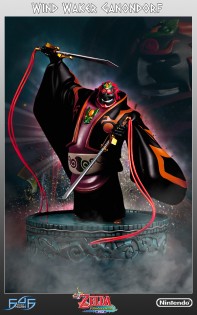 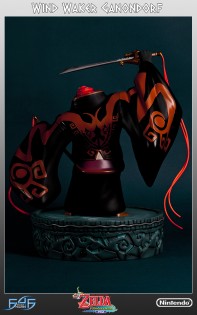 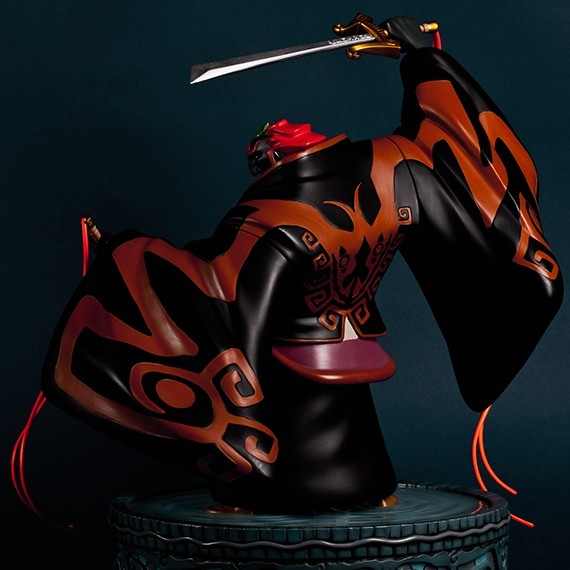 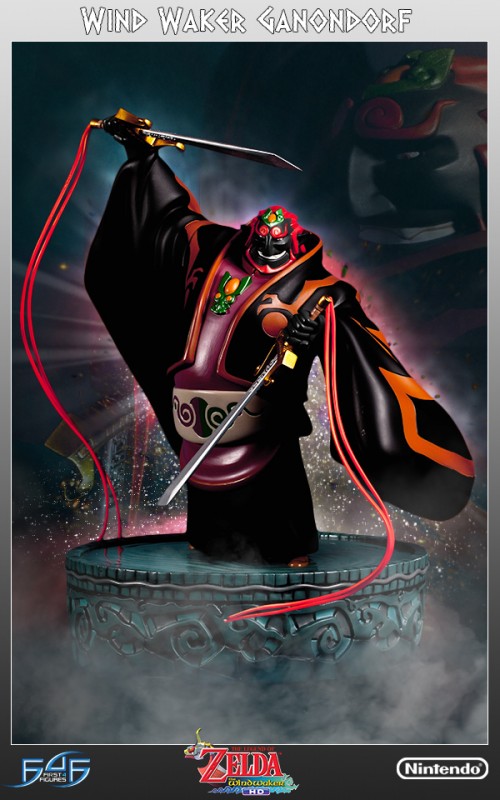 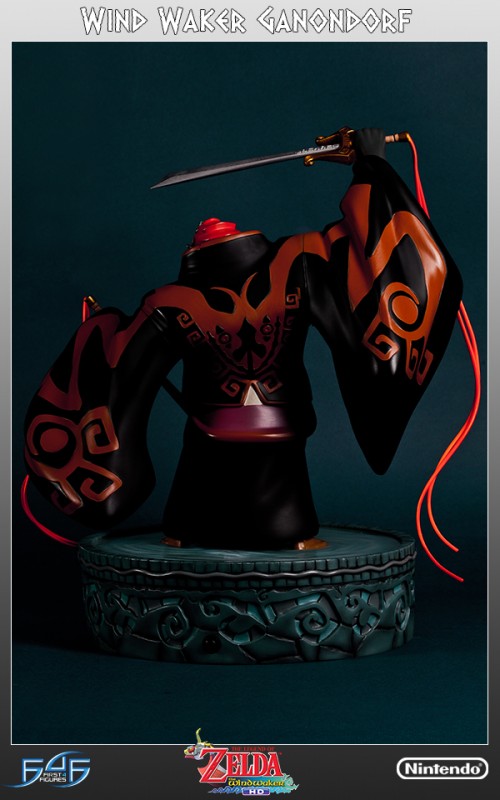 "Gods! Hear that which I desire! Expose this land to the rays of the sun once more! Let them burn forth! Give Hyrule to me!" First 4 Figures is proud to introduce Ganondorf, headlining a new series of statues based on The Legend of Zelda: The Wind Waker. After spending an age sealed within the Sacred Realm, Ganondorf managed to escape and return to Hyrule, intent on claiming his place as ruler. Although the Gods flooded Hyrule to prevent him from carrying out his evil plan, Hyrule was without a hero and Ganondorf continued his search for the Triforce. Eventually, a young boy by the name of Link was named as the Hero of Winds and the two battled for the fate of Hyrule. Draped in his long black and red robes, brandishing two blades and with a scornful grin across his face, this is Ganondorf exactly as you remember him from The Wind Waker. His powerful figure has been immortalized in high quality polystone resin, where he stands at 15 inch to the top of his sword in a 1/6 scale. The base of the statue has been made to resemble his tower from the final fight in the game with water pouring over the patterned stone floor. Comes in deluxe full color packaging, hand numbered base, and includes an Authenticity Card.