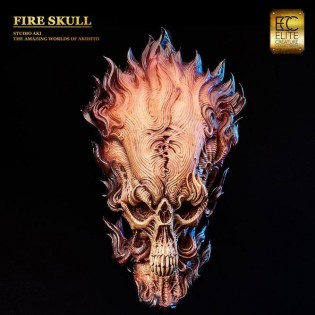 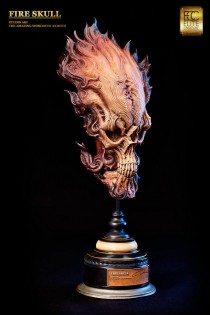 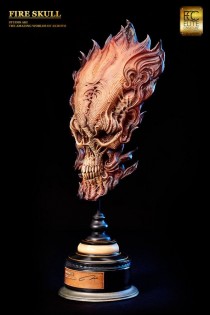 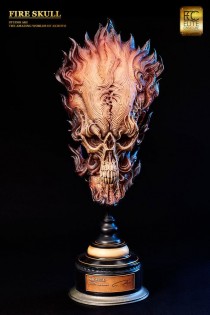 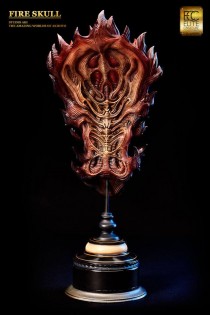 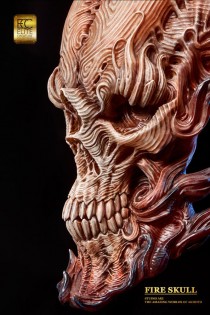 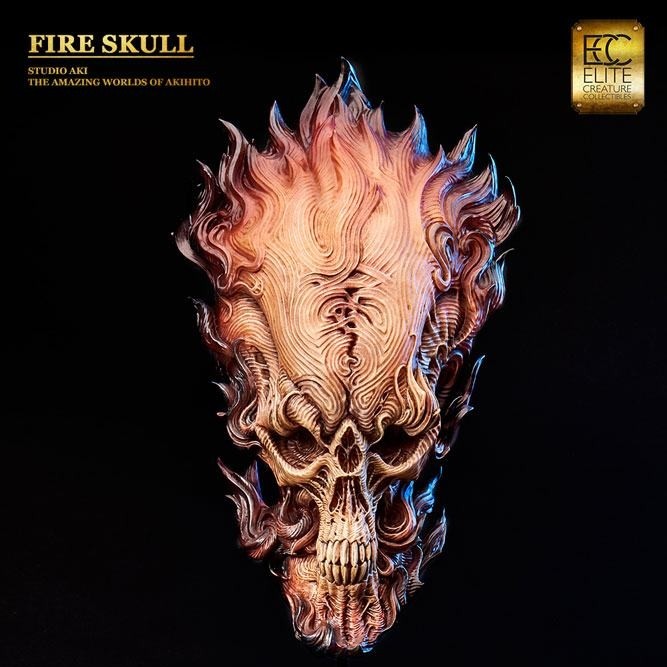 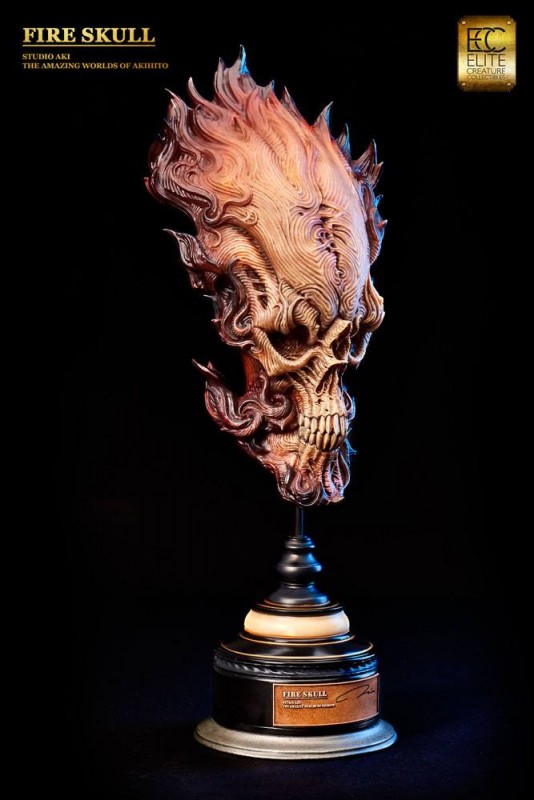 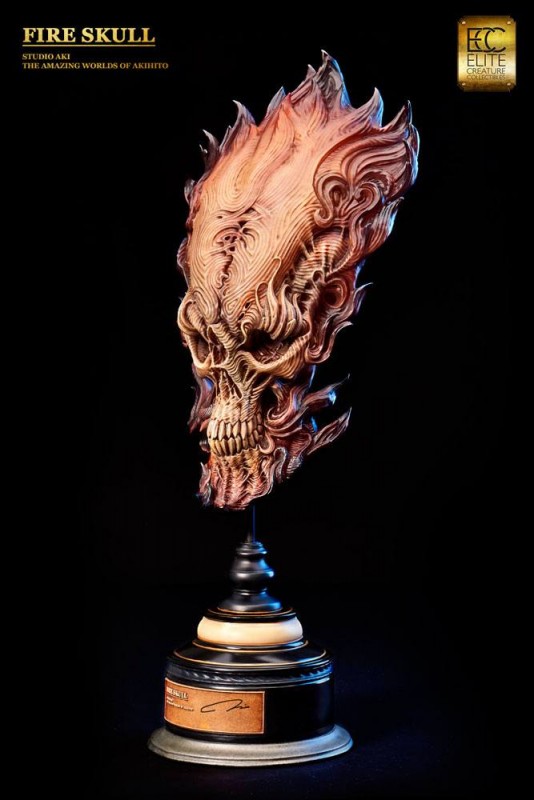 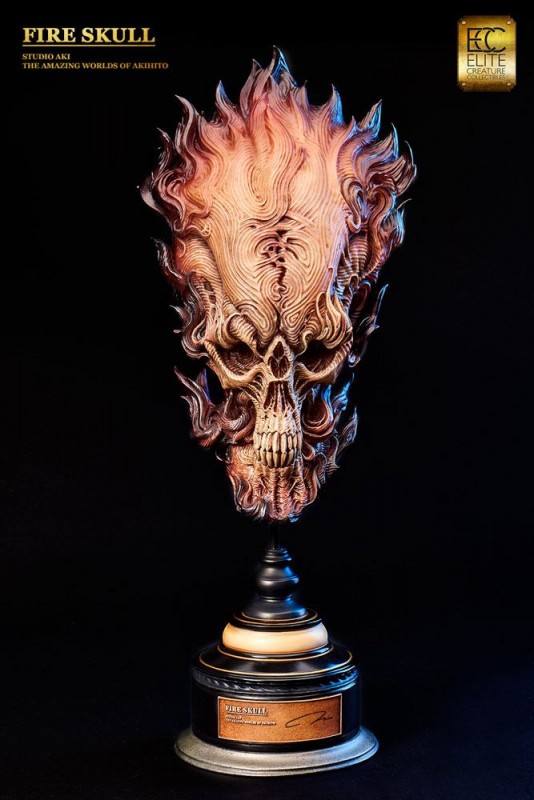 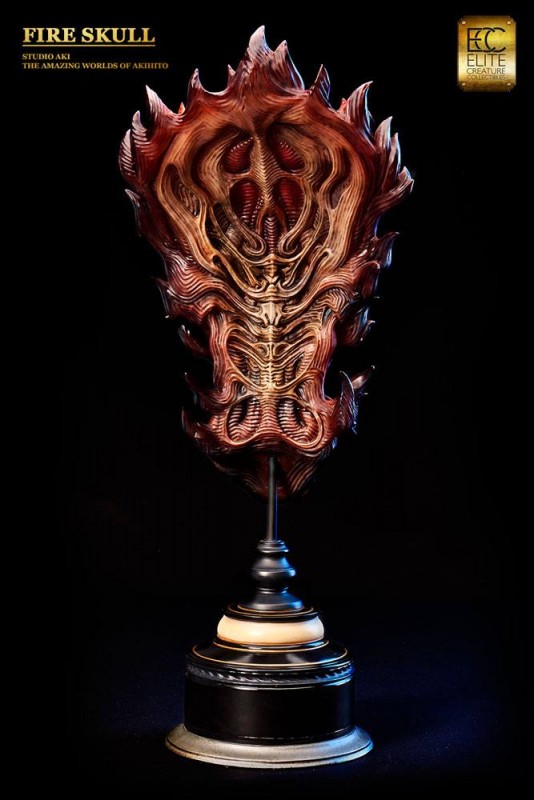 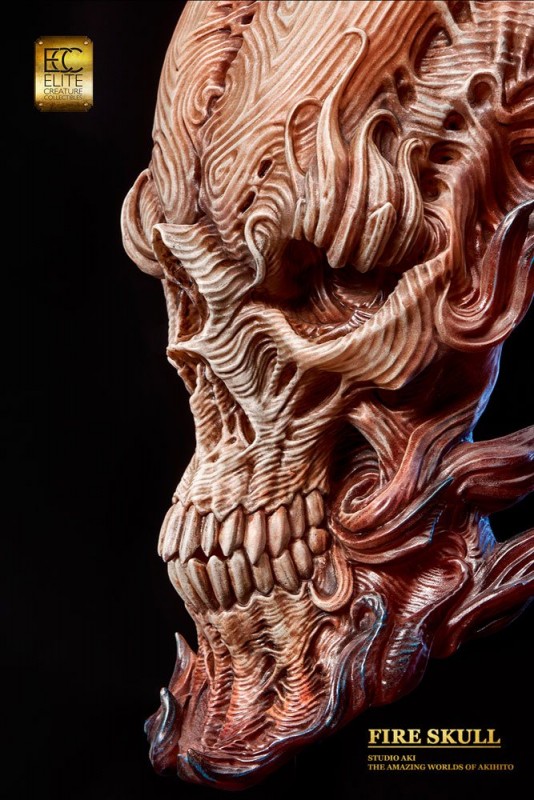 About Akihito
“Akihito Ikeda is a superbly talented sculptor and makeup artist. He is proficient at both the artistic and the technical. His artworks exhibit a matured sense of grace and flow and his line work is a roadmap evident of fearless exploration – a trait that is intrinsic to a gifted master.”

Akihito Ikeda is a uniquely talented character designer and sculptor. He has done spectacular works at KNB, ADI and Legacy Effects since 2002, and has worked on many great movies, including Transformers, Alien vs. Predator, Alice in Wonderland, Terminator 4, Pacific Rim and World War Z. The Queen Alien in Alien vs. Predator was designed and sculpted by Akihito.

Fire Skull
“I created 'Fire Skull' for the 2015 Conjoined show in Santa Monica. It's the biggest sculpting show in California, so I wanted to create something truly unique for it. In this piece I've tried to convey the passion of my ‘art mind’ as I strive to create original work. ”-- Akihito Ikeda, STUDIO AKI. 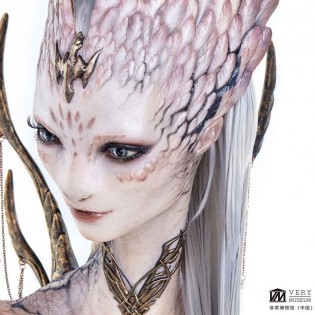