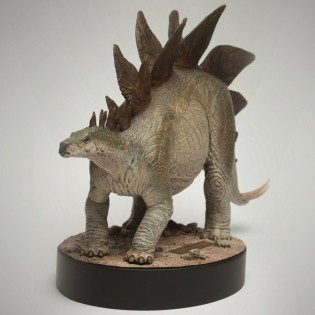 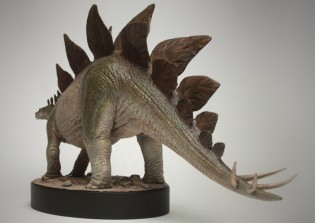 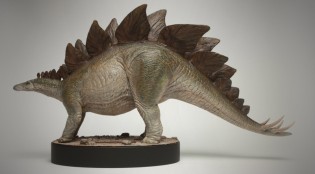 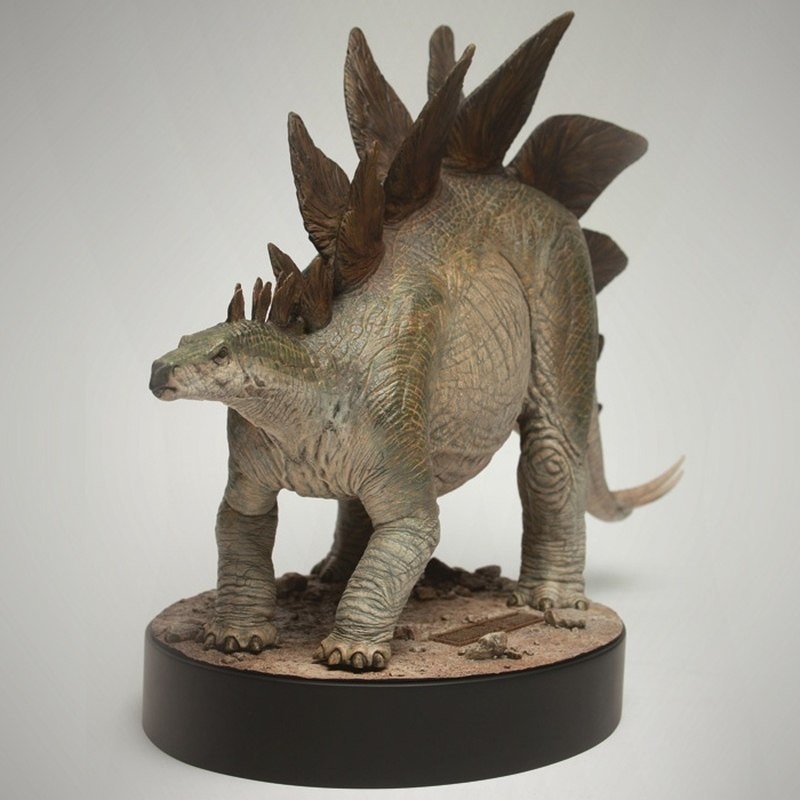 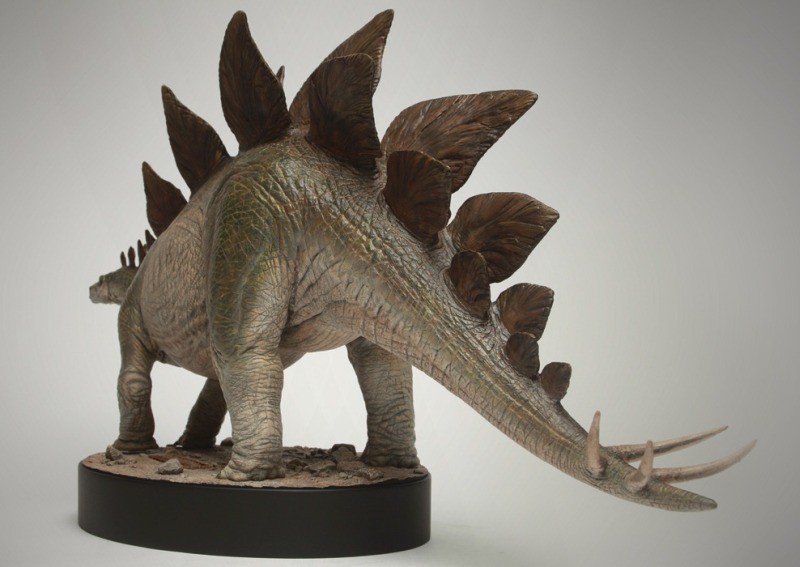 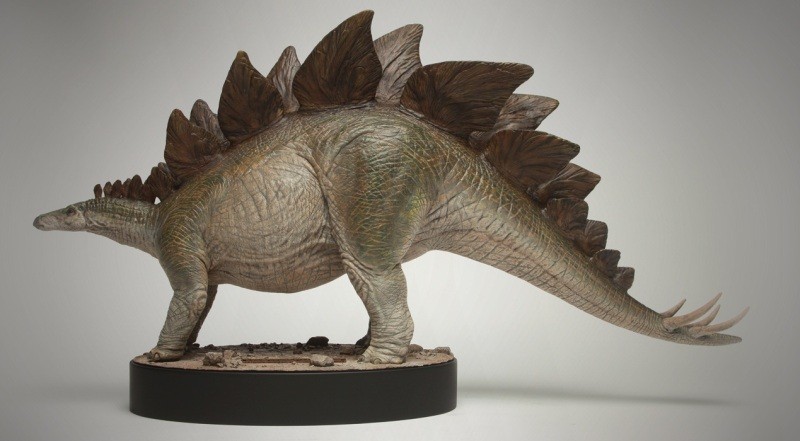 The Stegosaurus was a docile, herbivore built with defensive sharp spikes on its tail and armored plates along its spine for display and thermoregulatory functions. This dinosaur is one of the most well-known species and has been portrayed in films, cartoons, comics, as children’s toys and was even declared the state dinosaur of Colorado in the 1980’s. It is so renowned that Steven Spielberg has been credited with saying that he included the Stegosaurus in The Lost World: Jurassic Park “by popular demand”.

The Stegosaurus is the first in the Chronicle Collectibles Maquette series. This is molded from an original studio maquette produced by Stan Winston Studios and painted like the dinosaurs depicted in The Lost World: Jurassic Park. This statue is set on an oval base with a rocky surface to resemble a riverbed. Each one of these pieces will be individually numbered. 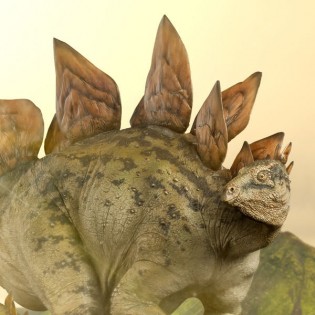