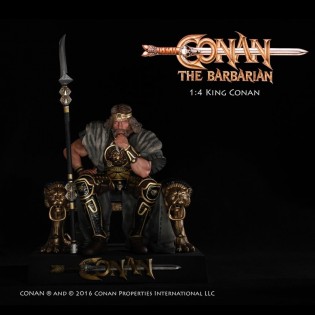 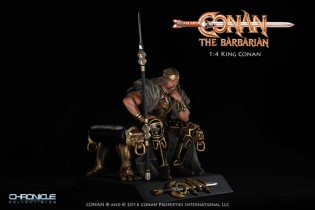 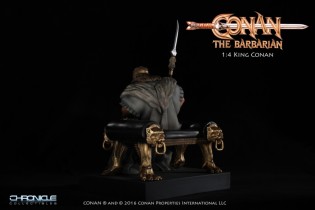 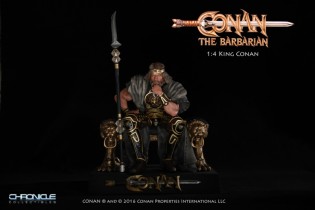 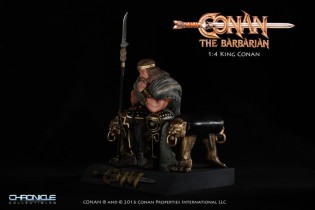 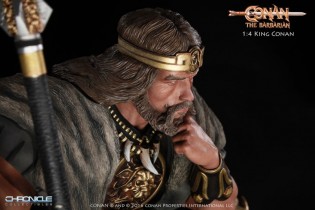 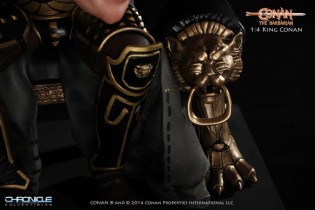 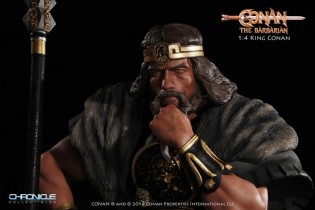 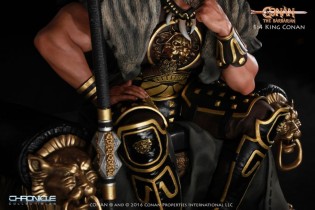 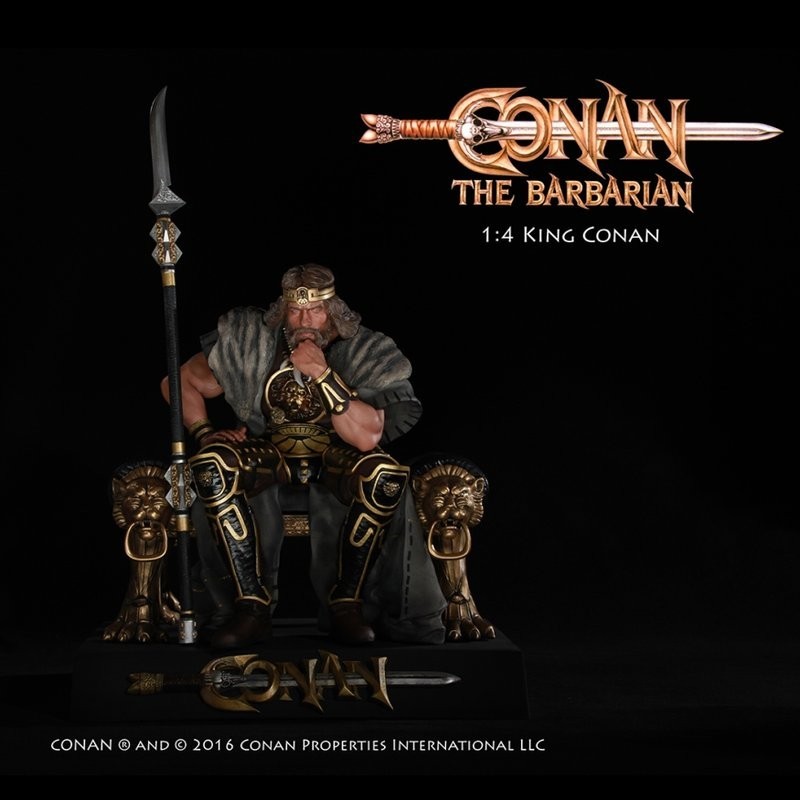 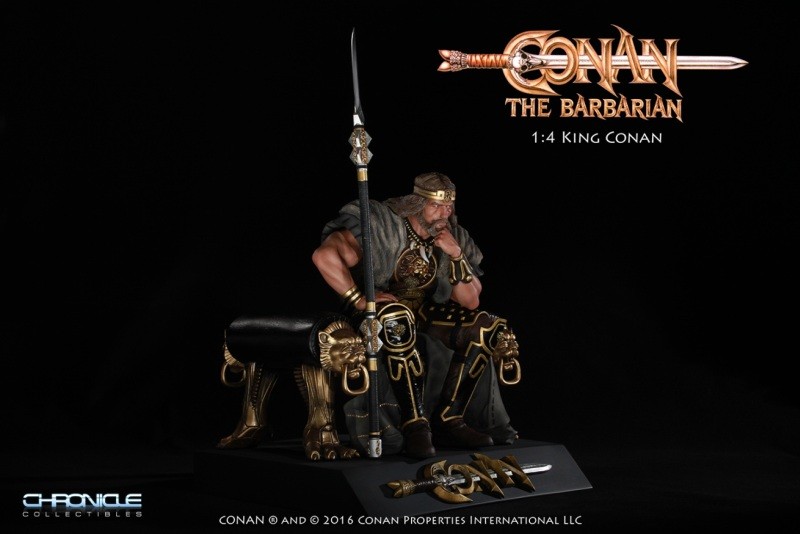 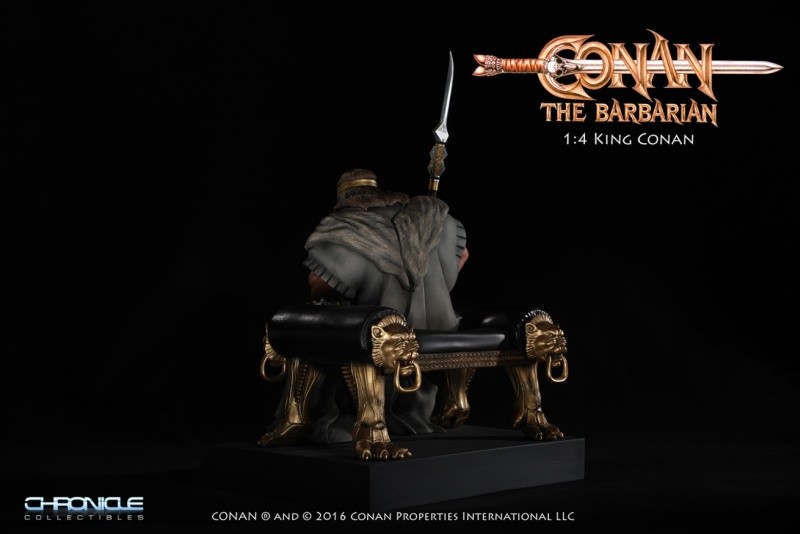 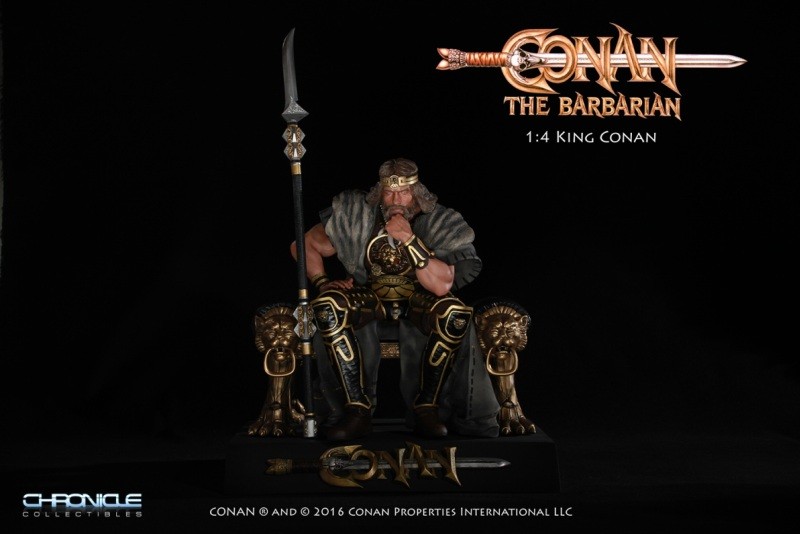 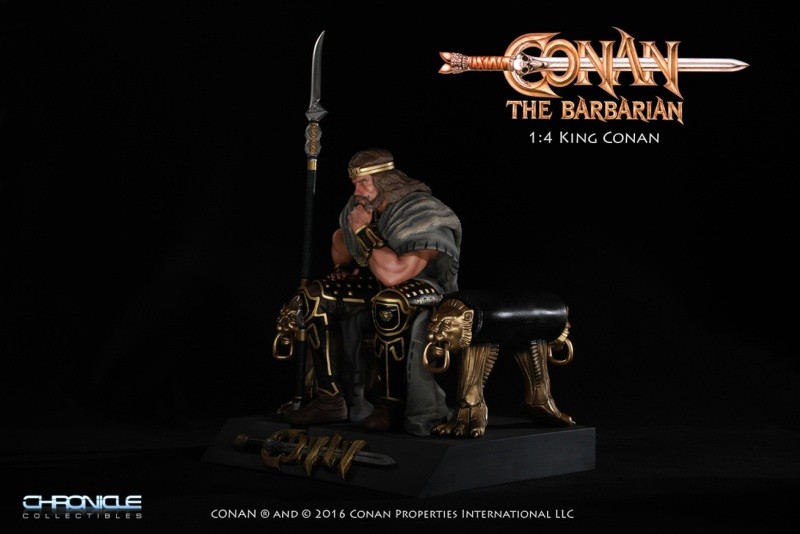 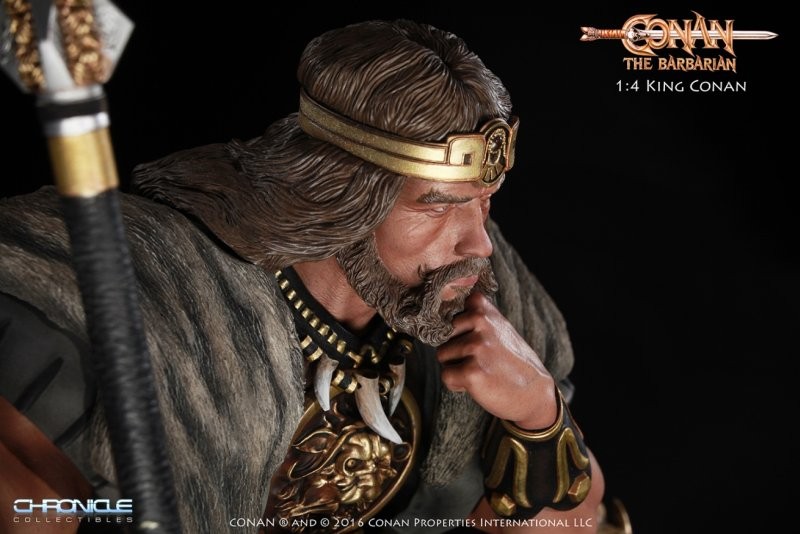 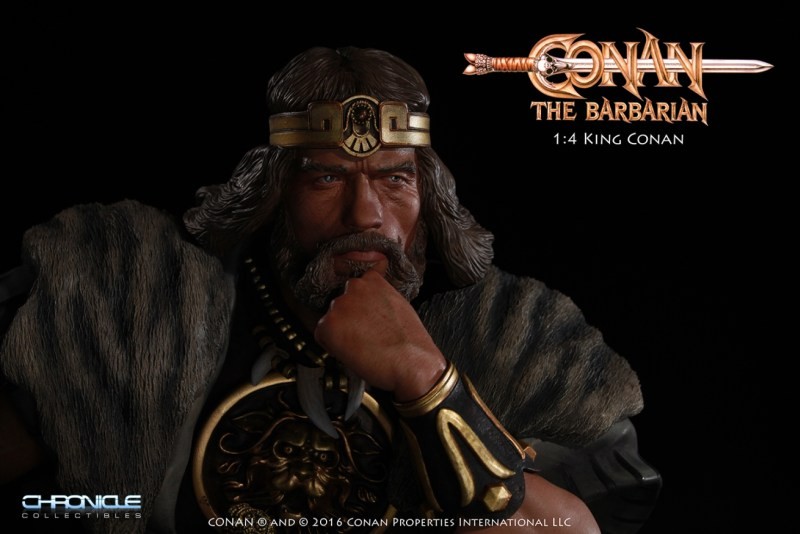 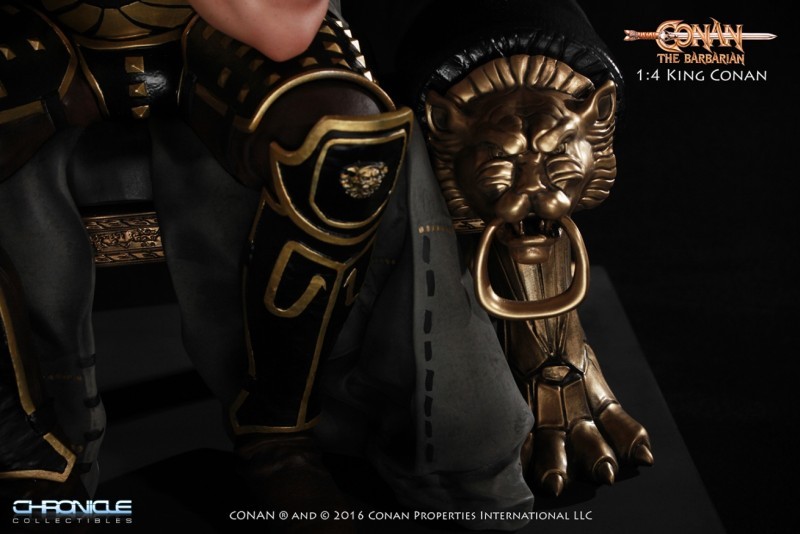 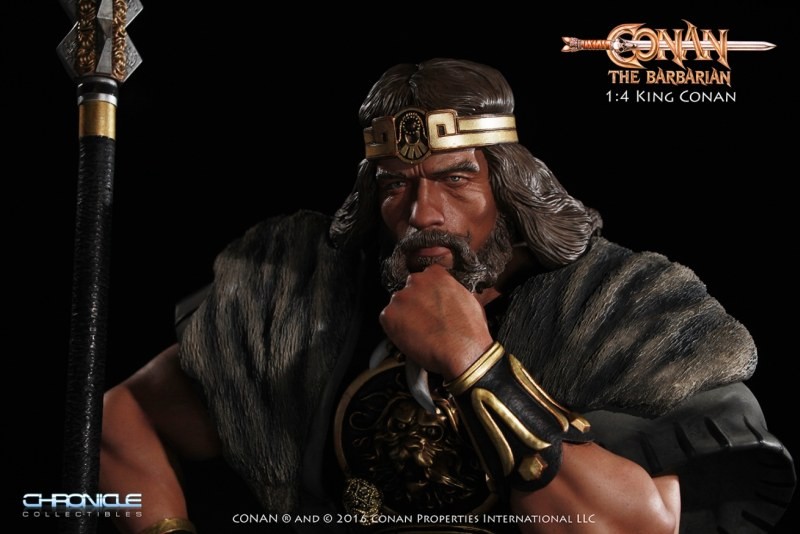 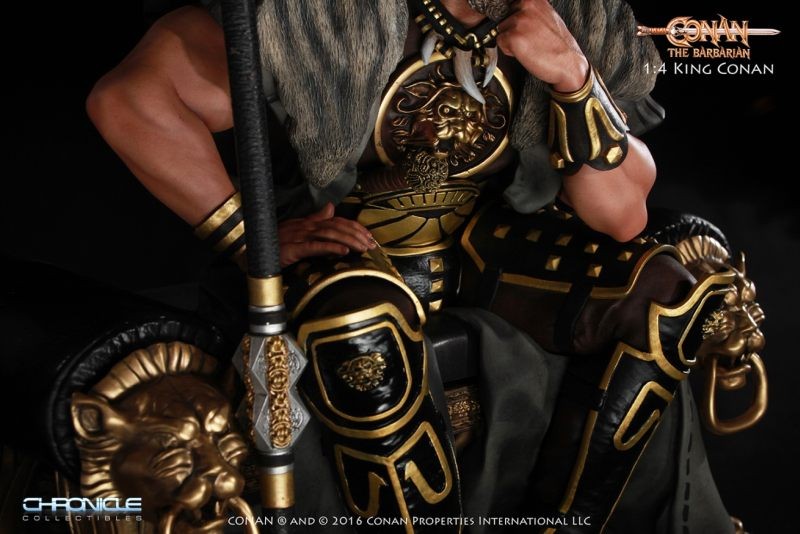 "And unto this, Conan, destined to wear the jeweled crown of Aquilonia upon a troubled brow.”

Chronicle Collectibles is proud to announce the King Conan 1:4 scale Statue, modeled from the last scene of Conan the Barbarian, foreshadowing the series finale. Though, “the road to the throne is another tale.”

The 1982 film, Conan the Barbarian, is based on stories written by Robert E. Howard, who first conceived the idea for the fanciful land, Cimmeria, and the character, Conan, after a trip to Fredericksburg, TX in 1932. Cimmeria is a harsh northern land home to a strong race of people known for their hardiness and martial prowess. The beginning of Conan the Barbarian opens to reveal the Cimmerians being slaughtered by a group of warriors lead by Thulsa Doom. Conan’s parents are murdered and he is sold into slavery with the rest of the children of his home.

After years of slavery and being trained as a gladiator, Conan, played by Arnold Schwarzenegger, finds himself free of his bonds and encouraged to pursue his quest to avenge his parents. With the help of his newfound companions, Subotai and Valeria, he is able to infiltrate Thulsa Doom’s cultish temple, the Temple of Set. After many fights and setbacks, Conan is able to retrieve his father’s sword, behead Doom and burn his temple to ash. 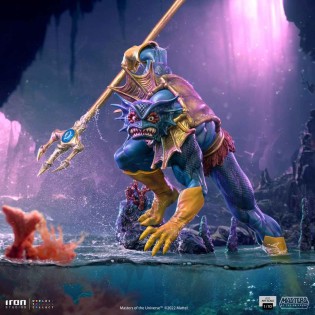 Mer-Man - Masters of the... VORBESTELLUNG 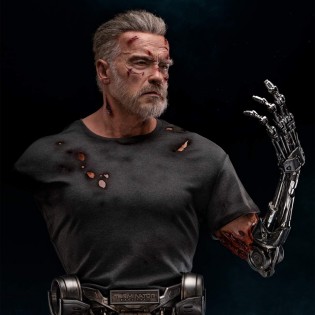 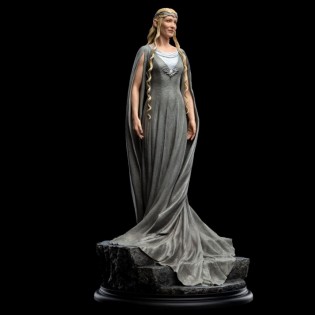 Galadriel of the White... AUF ANFRAGE